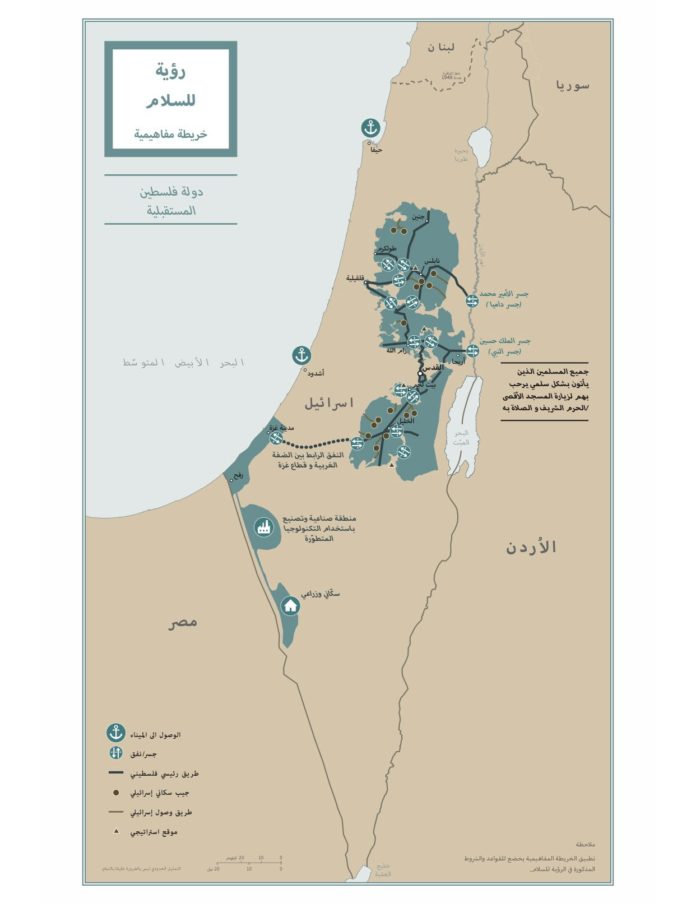 On Tuesday, US President Donald Trump released a map of the proposed borders for the two states Israel and Palestine, the part of the controversial peace plan announced by Trump to resolve the conflict between the two parties.

The plan calls for leaving the strategic Jordan Valley and all Israeli settlements under Israeli control.

Palestinian officials already rejected the US plan, announced by Trump at a joint press conference with Israeli Prime Minister Benjamin Netanyahu at the White House.

“I say to Trump and Netanyahu: Jerusalem is not for sale, all our rights are not for sale and are not for bargain. And your deal, the conspiracy, will not pass,” Abbas said in a televised address in Ramallah in the West Bank.

A spokesman for Abbas’ Fatah party said Trump’s plan “will go to the trashes of history.”

And “therefore, America is implementing what it set earlier,” according to Abbas, who said that the Palestinians were right when they rejected the plan from the start.

What the future holds for Duke Energy (NYSE: DUK) after Palmer Solar project?