Home europe Russian ‘Tesla Cybertruck’ to be Sold for 666,666 Roubles 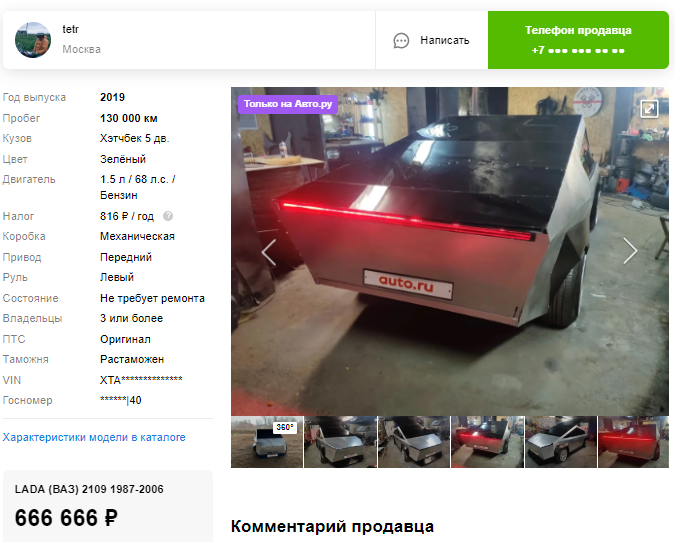 We reported a few days ago about a guy that used beat-up Lada to create his version of Tesla Cybertrack. After our text many more news outlets shared the story and the team behind the video is trying to cash in on their 5 minutes of internet glory. Well, who can blame them?

And now the description by the seller.

“How do you like it, Elon Mask? First and most famous Cybertruck in Russia from the YouTube channel team Pushka Garage! The car, thanks to which Tesla’s shares rose to $ 420 a piece.”

According to the guys behind the car, Tesla shares jumped to $420 because of their knock-off Cybertruck! That is too much, even from the Mother Russia. Too much Vodka I would say.