Home news In Serbia, School Shooter with AK47 Got Beaten up by PE Teacher. 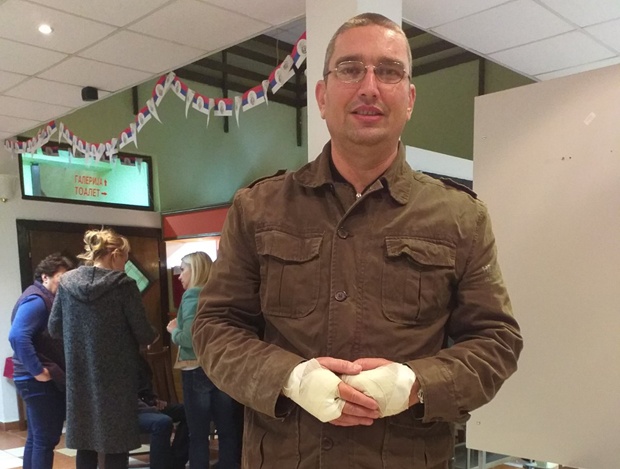 A shooting in Serbian high school saw a PE teacher confront and disarm a person carrying AK47, hand grenades and explosives, allowing the students to escape.

Witnesses said the shooter was in “full combat gear” during the Friday attack. He also had a bullet-proof vest.

The man walked into a full classroom during a philosophy lesson and fired a couple of shots into the ceiling, creating a hostage situation.

But then something unexpected happened. Another man walks into the classroom, this time it was a gym teacher Slavoljub Stojadinovic.

“I heard the kids screeming and immediately rushed there”.

What happened after that is something you would expect seeing in Rambo movies.

“My students called me from the gym to come to the classrom.I responded on time, I managed to take his rifle,”Stojadinovic said, adding that two bullets were fired during wrestling with the attacker.

“I’m still in shock, I would do this again, because my children are important, nothing should happen to them,” said Stojadinovic, who has been working at the school for 20 years.