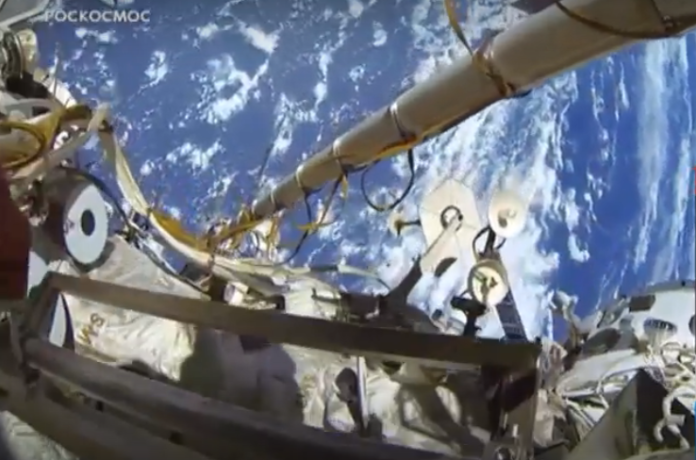 Back in March 2021, Roskosmos cosmonauts Sergei Ryzhikov and Sergei Kud-Sverchkov carried out repair and restoration work on the Zvezda module hull, where they found a crack and a number of possible places of leakage.

During the weekend, cosmonaut Pyotr Dubrov discovered another possible air leak in the Russian segment of the ISS . On weekends, Dubrov worked in the intermediate chamber of the Zvezda module. One of the sites seemed suspicious to him, and he photographed it using . The cosmonaut reported the find to the Mission Control Center, writes TASS .

“I started to prepare the perimeter for laying the cord today. A suspicious place was found, I was studying it,” Dubrov said, answering a question about work at the ISS .

According to the astronaut, he photographed the specified area with a microscope using magnifying glasses.

Earlier today, Roskosmos told TASS that the International Space Station would soon approach space debris. This information came from the Mission Control Center in Houston. According to the onboard instructions, Roskosmos said that “if the ISS approaches a potentially dangerous object, the crew must be in the spacecraft at the time of the approach.”

Turkey shocked, as unclaimed $11.7 million jackpot of New Year’s lottery is transferred to...

All time Sacks by NFL Teams