Home asia Every man for himself mentality takes over in China 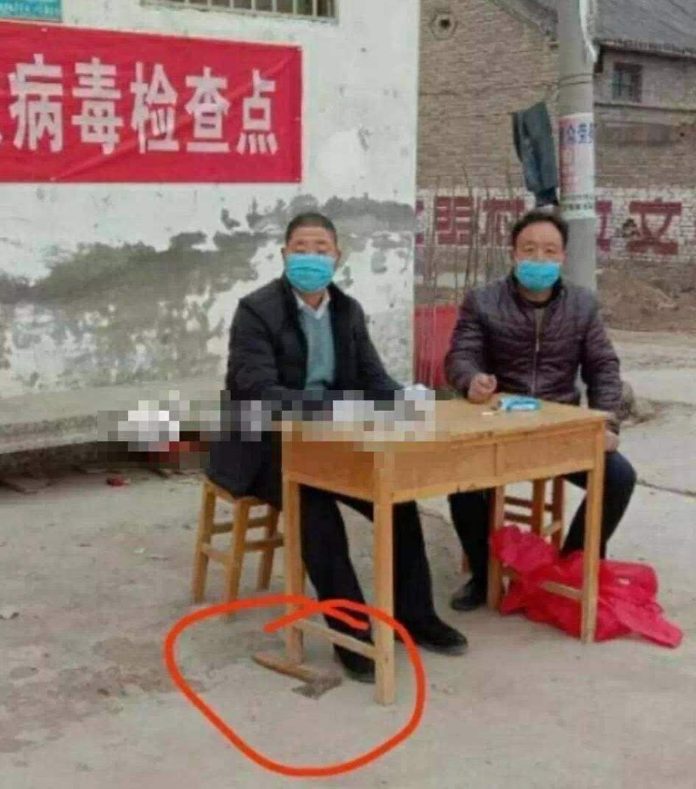 Beijing, China– The situation with the coronavirus epidemic situation is severe. Many provinces and cities across the country have initiated a response to major public health incidents. Administration at all levels, from cities and counties to townships and villages, is actively mobilizing locals in order to do their best to prevent and control the epidemic.

One of the videos that impressed me the most was featuring an old man wearing a yellow down jacket, a medical mask covering his face, and holding a huge sword-like knife in his hand, sitting on a square table in the middle of the road.

Some of the locals parked the trucks or excavators directly in the middle of the road that leads into the village, some set up roadblocks using megaliths and earth hills, some dug trenches, and some built walls. The focus of strict prevention is naturally “Wuhan people.” The villages strictly prevented strangers from entering, and at the same time, all returnees from Wuhan were isolated.

This wave of village-level epidemic prevention has been implemented very forcefully in many places. There are many videos showing behavior of locals toward strangers and verbal and physical conflicts at the frontlines of virus prevention. Some use a broom to stab people, some use wooden sticks to blast others, and some directly start pushing or beating people.

The video below shows a man from Wuhan that returned to his hometown in Sichuan and was reported by his family. He stabbed the man that reported him and was arrested afterwards.

Wearing a protective mask is obligatory in all public places in Wuhan area and in other cities with reported cases of coronavirus. But there are some people without a mask and they are either attacked by other people or arrested by a police.Video below shows a police officer dragging out of the train a man without a mask.

Video below shows a cocky woman without a mask, approached by security and other people. She keeps insulting the man with the camera.

The safest way to drink a tea in Wuhan region is showed in the video below.

The bus driver is not letting anyone in without measuring their temperature, but looks like he scared the passenger.

In Serbia, School Shooter with AK47 Got Beaten up by PE Teacher.