Home COVID-19 A suspected coronavirus on a cruise ship in Italy quarantines 7,000 people 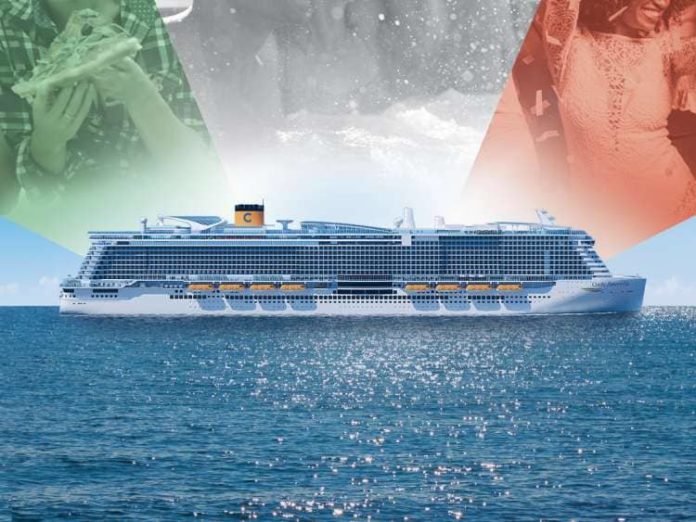 On a cruise ship anchored in a port near Rome, the Italian authorities have quarantined about 7,000 people. Two passengers, namely Chinese nationals, show signs of infection with the new coronavirus. In China, meanwhile, a dangerous virus has claimed 38 deaths in just one day, killing 170 by now.

According to the Italian news agency ANSA, there are around 7,000 people on board, including the crew and passengers.

The brand new environmentally friendly ‘Costa Smeralda’ cruise ship was placed on lockdown in the port of Civitavecchia when its captain told the harbourmaster and coast guard chiefs a husband and wife from Hong Kong were being held in isolation in the on-board hospital with flu-like symptoms such as- fever and difficulty breathing.

The ship first stopped in France and in Barcelona and the island of Majorca before being anchored today in the seaside town of Civitavecchia, north of Rome.

“We arrived in (Civitavecchia) with the Costa Smeralda cruise ship and they are not letting us off the boat. They say it’s due to a health inspection,” a passenger named Gaby tweeted.

” None of the 6,000 passengers and crew are allowed to leave the ship while paramedics determine if they are infected with the new virus ,” a company spokesman said. More will be known in the coming hours.

The incubation period of a new coronavirus, which broke out in China, averages 5.2 days, but varies widely among patients, Chinese experts have found. An article in the New England Journal of Medicine stated that these findings came from a 14-day observation of people exposed to the virus

EU wants all Smartphones to have same charging ports

CD Projekt on Cyberpunk 2077 delay: We intend the game to be better than...