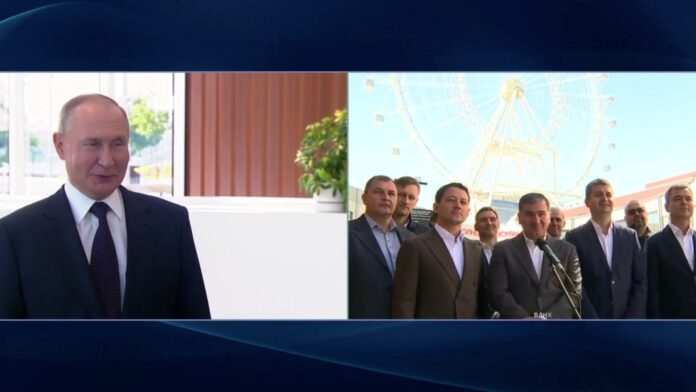 While the Russian army is suffering heavy losses and retreating from the occupied Ukrainian territories due to the rapid counter-offensive of the Armed Forces of Ukraine in the Kharkiv region, the Supreme Commander of the Russian Armed Forces, Vladimir Putin, opened a boxing center and a Ferris wheel in Moscow.

But just one day later the attraction “Sun of Moscow” is closed for visitors due to technical reasons. Already purchased tickets can be returned through an application on the website and at the box office. The official reason for the closure, as given by wheel workers, is “system calibration in progress.”

Problems began on the first day of the work of the “Sun of Moscow” – the wheel stopped, people hung in the booths at a height of 140 meters. The observation wheel stopped working today.

Ferris wheel The Sun of Moscow consists 30 closed cabins, and can acomodate up to 15 guests each. The cabins have a video surveillance system, a communication button with the operator and climate control, five cabins are equipped with a transparent floor. The turn of the wheel takes 18 minutes and 40 seconds, the ferris wheel can accommodate up to 450 people.

Previously, the largest Ferris wheel in Europe was the London Eye (London Eye) with a height of 135 meters