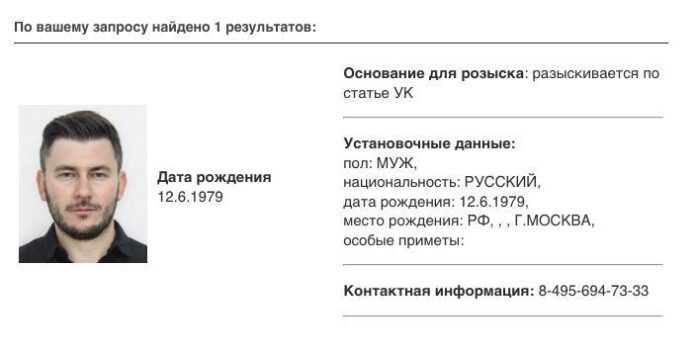 Russian authorities decided on Monday to put the writer and journalist Dmitry Glukhovsky on the federal wanted list.

According to preliminary data, a criminal case has been initiated against the writer under Article 280.3 of the Criminal Code of the Russian Federation (public actions aimed at discrediting the use of the Russian Armed Forces in order to protect the interests of the country and its citizens, maintain international peace and security, or exercise the authorities of the Russian Federation of their powers in the specified purposes). He faces up to three years in prison.

Dmitry Glukhovsky is known as the creator of the Metro 2033 franchise ( Metro 2033 ), in which the Ukrainian-Maltese studio 4A Games released three games.

The writer and journalist has repeatedly criticized the actions of the Russian authorities. He recently condemned Moscow’s decision to launch a “special operation” in Ukraine.

Days after sending its troops into Ukraine on Feb. 24, Russia passed a law providing for jail terms of up to 15 years for those convicted of intentionally spreading “fake” news about Russia’s military.

All time high for AMZN stock price in sight as new employees are called...