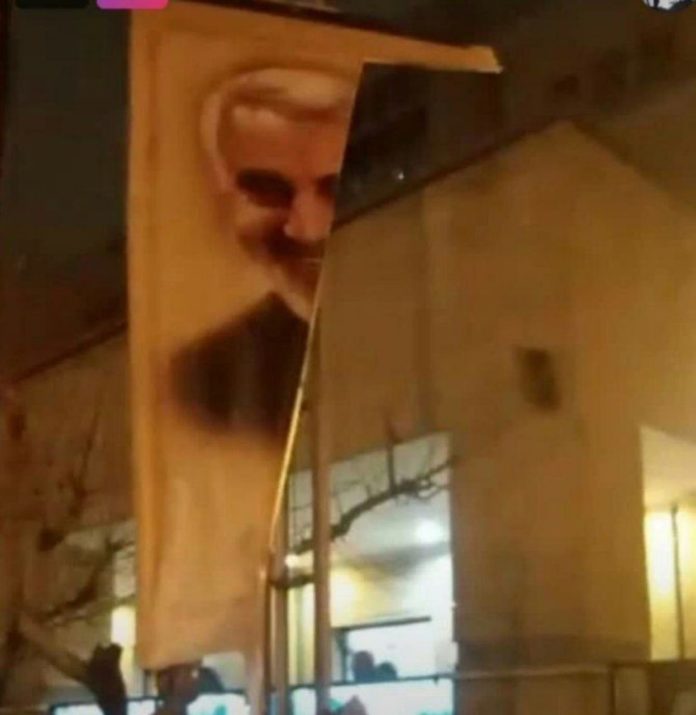 Earlier today, U.S. President Donald Trump tweeted his support to students in Iran, warning the country’s leaders not to kill demonstrators who took to the streets. It was also reporterted yesterday that UK Ambassador to Iran was arrested for “inciting anti-government protest”, but has since been released.

The demonstrators began to gather hours after the government admitted the downing of the Ukrainian airliner. They held anti IRGC signs and they chanted “Death to the dictator” and “Down with this system that has killed so many people over the years”.

Demonstrators are calling for Supreme Leader Khamenei to resign and for those responsible for downing the plane to be prosecuted. And it seems like IRGC forces and Supreme leader do not like when they see demonstrators tearing down Soleimani posters.

It is now reported that gunshots can be heard in parts of Tehran as security forces confront protesters while some sources talk about 7 demonstrators being already killed by security forces. Videos showing harrowing scenes of bleeding protesters and shooting in the dark appeared online.

One of the replies under the video above-To clarify to non farsi speakers: he said “we just saw seven people die” I don’t know if there is an equivalent word in English but he means that more people could have been shot but they only saw those seven.

Why is Roku Inc (NASDAQ: ROKU) up when they reported Q1 net loss

Why is Duke Energy Corp (DUK) a “moderate buy” with analysts?