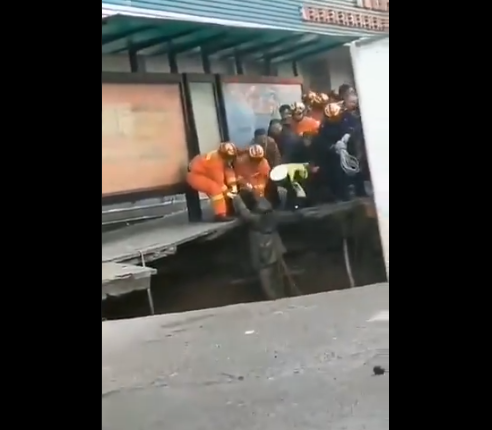 On January 13, the road collapsed in front of the Great Wall Hospital in Xining City, China, and a bus driving from south to north was caught in it. Rescue operation started immediately as we can see in the video below.

At present, 13 injured people have been sent to the Red Cross Hospital for treatment . The injured are in stable condition . According to preliminary judgment at the scene, two people are currently missing and search and rescue work is ongoing.

After the accident, Xining City immediately set up an on-site emergency management and treatment team with the main leader as the team leader, and it was divided into eight emergencies such as medical rescue, on-site disposal, aftercare, road environment restoration, accident investigation, and on-site order maintenance (that sounds so communist).

Lets-go-Out vs Stay-at-Home stocks. EXPE and BKNG might gain even more next week