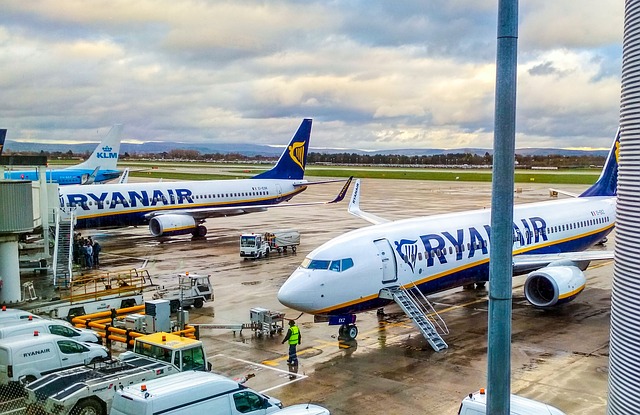 Europe’s largest low-cost airline Ryanair leaves its fleet on the ground for longer due to the corona pandemic and cuts thousands of jobs. In the first business quarter (April to June), less than one percent of the flights actually planned are likely to take place and in the second business quarter a maximum of half, the group said on Friday in Dublin. Against this background, CEO Michael O’Leary expects a net loss of more than 100 million euros at the start of the year and further losses in the second quarter of the financial year.

Ryanair, headquartered in Ireland, announced that it has decided to lay off 3,000 employees, which is 15% of its entire workforce and the reminder will have their pay cut for the next 12-24 months. The company’s Chief Executive Officer (CEO), Michael O’Leary’s salary until April of next year was also decided to be reduced by 50 percent.

What about government bailouts?

According to Mr. O’Leary Ryanair will have to fight in unfair fight against state-backed companies:”We regret these pay cuts. But they’re what the well-run airlines like Ryanair and others will have to do just to survive and compete against the likes of Lufthansa and Airfrance receiving tens of billions of state aid from their governments.” and he added ” These guys will have the money to engage in below cost selling for the next three or four years.”

Michael O’Leary knows a lot about state aid. The low-cost Irish airline Ryanair has been at the center of various cases involving state aid for many years, mainly related to the small airports it serves.

However, one can understand his frustration with the way European governments are “packing” a “handful” of essentially inefficient airlines, while depriving them of what he considers to be the most economically successful management airlines.

The powerful Ryanair man has already threatened to sue France and other powerful countries to distribute rescue money more fairly, while he called Luftahansa “crack cocaine junkie” after the company asked for up to $10.8 billion (€10 billion) of state aid.

The incoherent way in which Europe is carrying out these bailouts threatens to distort competition and effectively removes – by mocking it – the urgent need for responsible companies to make savings in the event of a difficult situation.

In the final analysis, it turns out that the key to saving a company is from which country it comes from and how “powerful” it is.

Compared to some weaker European nations, France and Germany have more economic power to issue large “checks” and less concern about whether the money they provide will be repaid.

They also appear to have little “philosophical” reservations about supporting domestic companies, which in turn gives these companies a significant advantage in negotiating their bailouts.

Lufthansa has effortlessly threatened to seek protection from its creditors if the details of the agreement on its bailout package from the German state (amounting to more than € 8 billion) are not to its liking. On the contrary, the terms of Oslo’s support for Norwegian Air are very strict.

The future of the airline “industry”

Some airlines will go bankrupt, reducing competition, but passenger demand is likely to be lower for years to come.

Business travel and long-distance travel will probably take longer to recover, as companies will be concerned that it is not safe to ask their staff to travel by plane.

After their rescue, Lufthansa and Air France-KLM will have to divert more than the few cash they generate to service a larger “mountain” of debt. There is no doubt that banks and capital markets will not be willing to lend more money to airlines without government guarantees.

Prior to this crisis, Ryanair’s strategy was to expand rapidly and drive fares lower so that its higher-cost competitors could not operate.

This strategy collapses if states recapitalize less efficient airlines when they run into problems.

Spirit Airlines (SAVE) Jumps for the 2nd day: Stock Rises 10%

Duke Energy Corp (NYSE:DUK), one of the strongest energy stocks, still going up