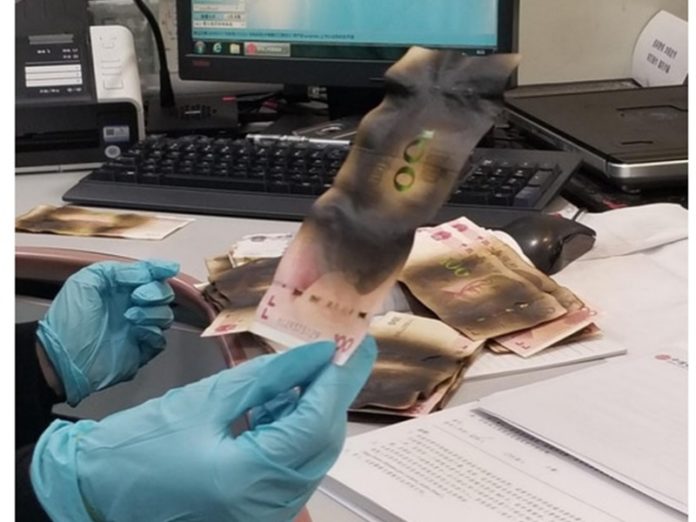 A resident of the Chinese city of Jiangyin, named Aunt Li, in fear of the coronavirus, decided to sanitize the money herself. She placed more than 3,000 yuan (equivalent to about $ 440) in a microwave, hoping to conduct the “heat treatment”. In less than a minute, the notes began to burn and had turned black when Li decided to open the microwave door. Some bank notes were charred and disintegrated in her hands.

Li nevertheless decided to try to contact the bank to make an exchange. Several financial institutions refused her. But the employees of CITIC Bank’s Nanjing Branch checked the bills and replaced them with new ones.

So Aunt did not suffer as much damage as she could. Bank clerks asked her to resist paranoia in the future. In accordance with the requirements of the Chinese Central Bank, the CITIC Bank Nanjing Branch and all other banks use ultraviolet or high temperature disinfection for the cash returned from the key areas of epidemic and usually stores money for more than 14 days before putting it into circulation.

According to the relevant person in charge of the China CITIC Bank: “The money passing through these processes is very safe. Despite this, the general public is encouraged to make payments through contactless methods such as bar code payment and credit card payment to block the risk of epidemic transmission.”