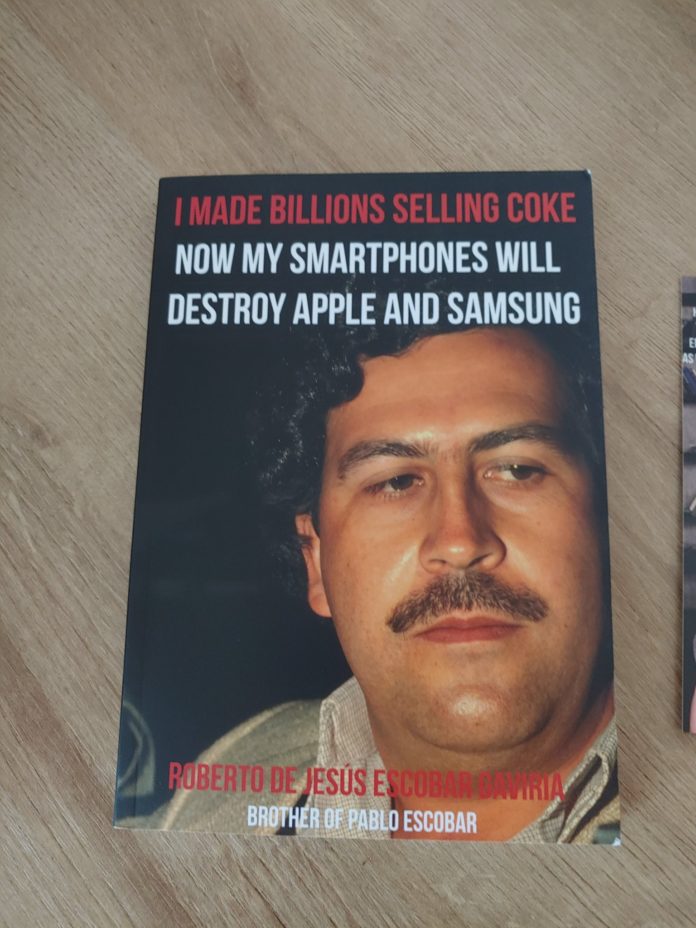 Two months ago we wrote a story about Escobar Fold 1, foldable phone promoted by Pablo Escobar’s brother. Sexy models, low price and a huge media attention pushed people from all corners of the world to place an order. The price was $349 and drug kingpin’s brother, Roberto De Jesus Escobar Gaviria said how he aims to beat Apple.

Escobar Inc is back with another deal that looks too good to be true. Escobar Fold 2 (go figure) and this time they seek to destroy Samsung. Phone description follows:” REST IN PEACE SAMSUNG, PABLO ALWAYS WINS. THIS IS AN INCREDIBLE PHONE, AT A COMPETITIVE PRICE. FREE SHIPPING WORLDWIDE! WORKS WORLDWIDE ON ALL NETWORKS.”

But before you place an order we want to tell you that this is probaby another scam. Seems like people who ordered Pablo Escobar Fold 1 got more than they bargained for. Actually they get a lot less than a foldable phone. They got mafia boss bio titled I MADE MILLIONS SELLING COKE,NOW MY PHONES WILL DESTROY APPLE AND SAMSUNG and a flyer with a sexy model on it. And Escobar Inc congratulated them on their great choice, with a promisee that the buyer will get an Escobar Fold 2 instead. This is according to several Twitter users (mostly from Japan) and they also posted images online, feast your eyes.

Twitter user @JK6kQfnG5DDZ8J7 said :”I bought pablo escobar fold 1 and received it, but there is no smartphone. It just contains a book like Pablo’s biography. After all it is fraud”

Another Twitter user from Japan is embarrassed with his decision to order a phone from a drug dealer, and he says that “Everyone who asked for Escobar fold 1 Congratulations! It’s a book and a flyer as everyone expected. Besides, I’m so embarrassed when I received it.”

And there seem to be a subreddit dedicated to Escobar foldable phones, where people started complaining as well. User wstorm91 said:”Ok just had mine delivered. All it was .. was a book and the leaflet about upgrade”.

But the biggest problem in this story is that huge tech sites such as Cnet and Gizmodo published the articles on Escobar Fold 2 without doing any research, which means that another batch of people will get scammed in the following months.

Here is why Infineon stock price is up again. What you need to know.

China looking at development of laser weapons on aircrafts

Katy Misic - April 27, 2020 0
© Copyright © 2020 Alugy.com All rights reserved Disclaimer: Any financial and market information given on alugy.com is written for informational purpose only. Conduct your own research before making any investment decisions.