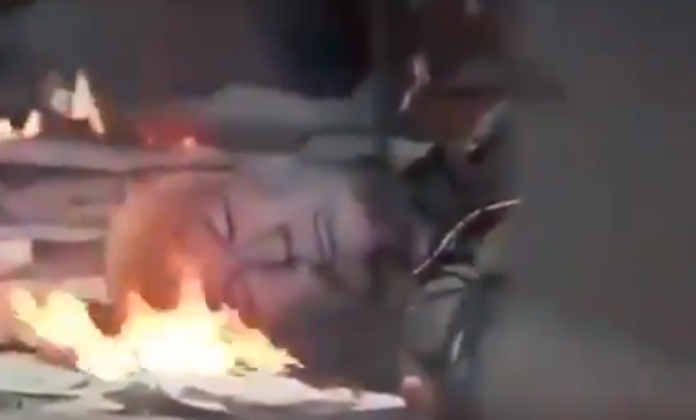 In the latest Iranian propaganda video made in response to the killing of General Qassem Soleimani we can see a group of Iranian special forces attacking the US Capitol building and The White House then killing President Donald Trump.

The propaganda video was shared and seem to be made by a Telegram channel Bisimchi Media affiliated with the Islamic Revolutionary Guard Corps (IRGC).

US closes border with Canada

Prince Harry and Meghan Markle to quit as “senior” royals