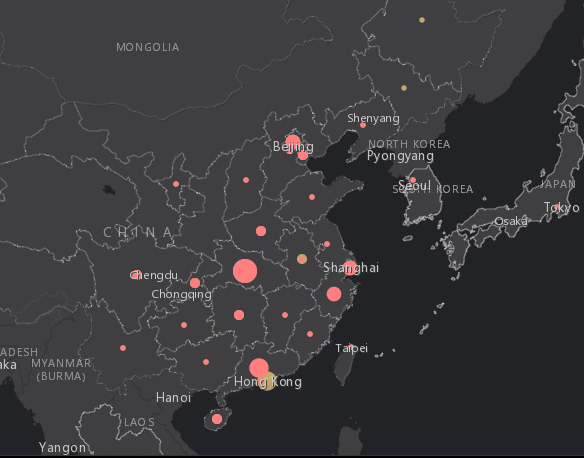 It is reported by local media, that two more cities in Hubei Province will be put on lockdown to prevent the spread of coronavirus.

Those cities are Huanggang and Ezhou. Huanggang have a population of 6,500,000 (according to data available on Wikipedia) and Ezhou is a city with 1,050,000 inhabitants.

In a written statement by Ezhou City New Coronavirus Infected Pneumonia Prevention and Control HQ it is noted that -“In order to fully do a good job in the prevention and control of the pneumonia epidemic of the new type of coronavirus infection, and effectively cut off the transmission of the virus, resolutely curb the spread of the epidemic, and ensure the safety and health of the people, the relevant matters are notified as follows:From 11:20 on January 23, 2020, the city’s railway station corridor will be temporarily closed”

Public transport in Huanggang will be stopped from midnight on Thursday and the city’s residents are ordered not to leave as officials fight to contain the deadly virus.

Multiple toll stations along highways in Hubei province, where both Wuhan and Ezhou are located, have also been closed, according to state broadcaster CCTV.

Since 10 AM January 23, Wuhan ’s city bus, subway, ferry, and long-distance passenger transport have been suspended; citizens are called not to leave Wuhan for any reason. The airport and railway station are temporarily closed from the Han corridor.

On January 23, JD.com ( China’s largest online retailer ) official data showed that JD.com sold 126 million masks, 310,000 bottles of disinfectant and 1 million bottles of hand sanitizer from January 19 to 22. Just one day on January 22, the daily sales volume of masks increased by 4800% compared to the previous month.

At present, there is a shortage of related products in some regions.

Chinese health authorities announced today that 571 confirmed cases of pneumonia caused by the coronavirus (2019-nCoV) had been reported in 25 provincial-level regions in the country by the end of Wednesday.

A photo appeared allegedly showing remnants of a TOR AA rocket in a close...