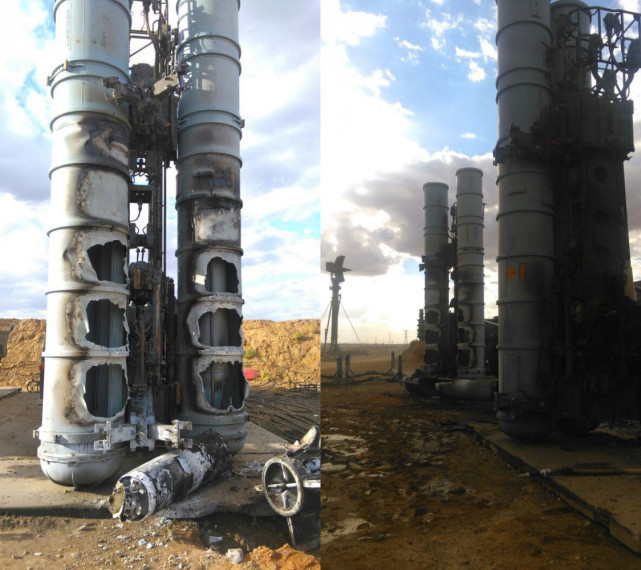 The Russian S-400 “Triumph” air defense system is said to be one of the most advanced long-range air defense system in service in the world. The S-400 Triumf, previously known as the S-300PMU-3 (NATO reporting name: SA-21 Growler) has maximum targeting range of around 400 kilometres, which is the longest range in active service. The anti-aircraft missiles and the S-400 “Triumf” air defense system have also won the favor of China, India and Turkey. Two days ago, in Russia’s air defense system live ammunition demonstration event at the Astrakhan shooting range, the power of the world’s most advanced missile system was demonstrated, but there was a scene that is not a good marketing, especially if we have in mind that S-400 system is priced at around $300 million. A 48N6E missile was launched by an S-400 air defense missile system launcher.

After a gas system launched the missile some 30 meters into the air, rocket motor failed to ignite and the missile fell to the ground. Fortunately, the missile slightly deviated after it was launched and it fell a couple of meters from the launch tube . In addition, the missile body did not explode, which ultimately prevented the tragedy from happening.

The risk of vertical cold launch technology is that the technology is complicated and the difficulty is relatively high. It places high requirements on the success rate of missile engine ignition, otherwise it will cause the accident of dropping the bomb and crashing the vehicle.

The Russian anti-aircraft missile system launched a rollover not only on the S-400, but similar accidents also occurred in the predecessor S-300. The most famous is that in 2016, the S-300 anti-aircraft missile hit a target because the rocket engine failed to ignite and fell. It smashed two launch vehicles and four missiles and started a fire. Now, the Russian S-400 air defense system also has this problem, which is probably related to the 48N6 missile service time exceeding 10 years, and the launch vehicle using the old model 5P85TE trailer.

What analysts are saying about Kellogg (NYSE:K)