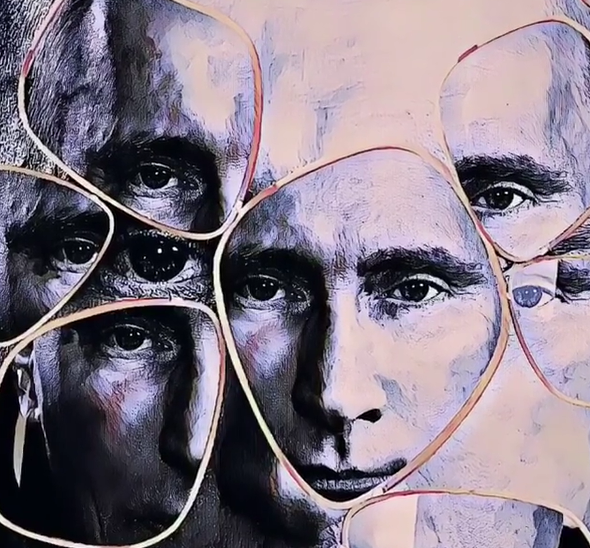 David Datuna, NY based performance artist, well known for his Make America Stronger Together installation and a fact that he ate a $120,000 banana in December in Miami, sold a portrait of a Vladimir Putin, to a Russian businessman.

Local media reports that the portrait of Vladimir Putin named”All-Seeing V.”, painted by American artist David Datuna, was purchased by the owner of the International Academy of Arts in St. Petersburg, businessman Curie Usmanov.

Datuna made this piece after his visit to Russia. According to David Datuna:”His (Putin’s) presence was really felt everywhere. “

The portrait “All-Seeing V.” Usmanov will show on January 31 at the opening of the International Academy of Arts. The new gallery will be supervised by the author of the canvas – American artist David Datuna.

A portrait of the president was ordered by a client during the St. Petersburg International Economic Forum (SPIEF), and he decided to portray Putin as “all-seeing.” According to David Datuna:”His (Putin’s) presence was really felt everywhere. “

Why is Snap-on Incorporated (NYSE: SNA) a strong sell?