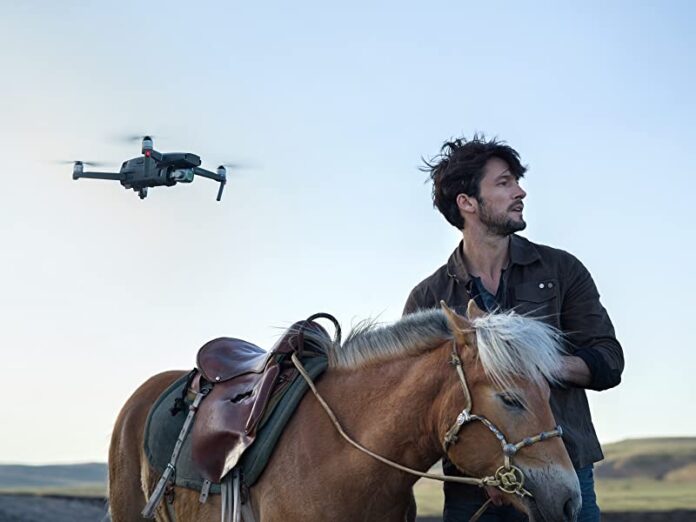 The new DJI Mini 2 has been improved only inside, the design and dimensions have remained the same as the first generation.The drone has better motors, especially much longer range, and records new up to 4K video in 30 FPS with 100Mb/s bit-rate.

Black Friday price for DJI Mini 2 drone now gives you a chance to put your hands on this quality drone.

Last year’s DJI Mavic Mini drone attracted a lot of attention and was praised by many, but at the same time it was clear how many big compromises had to be made to achieve the desired price and size. Probably that’s why his second generation no longer bears the name Mavic, now it’s just DJI Mini 2 . However, the name aside, the equipment has improved considerably and the drone will definitely attract even without a famous name.

“The Mavic Mini has been a monumental breakthrough for DJI and drone pilots around the world, as its unprecedented combination of weight, safety, performance and overall value has become the entry point for countless new pilots and drone fans ,” said DJI President Roger Luo . “The DJI Mini 2 improves on these key aspects by combining more drone performance with an accessible small design in the safest drone category, ideal for beginners and more experienced pilots .”

At first glance, the Mini 2’s design looks just like last year and the drone still weighs 249 grams , but there are a lot of changes inside. The main one is probably be a better camera. While previously the maximum 2.7K video resolution was in 30 FPS with 40Mb/s bitrate, the second generation is able to record up to 4K video in 30 FPS with 100Mb/s bitrate using its 1 / 2.3-inch sensor . Alternatively, you can drop to Full HD at 60 FPS, while in Full HD you can also use the 4X Zoom function for zooming (2x zooming is said to be without loss of quality).

The second big improvement is the flight characteristics of the drone. Instead of the previous Wi-Fi connection, there is the well-known network solution DJI OcuSync 2, thanks to which the drone has more than twice the transmission range, ie 6 km . Improved engines also provide 31 minutes of flight, faster acceleration and speed, along with the ability to better withstand winds up to 24 km / h.

The same controller as the more expensive Mavic Air 2 is used for control, but of course some functions are missing, as the Mini has worse equipment. If you prefer photos, the used 12Mpx sensor can save in JPG and RAW format , so you can better edit them later in the editor.

Russia is cashing in on Trump’s sanctions against Venezuela and is now second biggest...