Home news Woman, 82, Confronts Young Burglar, Breakes a Table on his Head and... 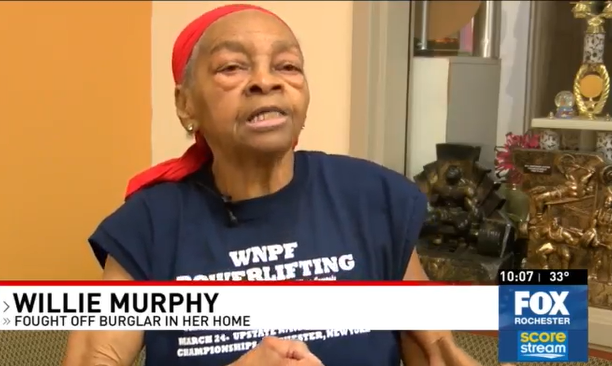 In Rochester, N.Y., an 82-year-old female bodybuilder,Willie Murphy, was attacked after she says a young man broke into her home – until she turned the tables on the intruder.

It was dark in her home so she decided to hide and attack him as soon as possible.

“I picked up the table, and I went to work on him, the table broke.”

“And when he’s down,I’m jumping on him. I grabbed the shampoo, guess what? He’s still on the ground. In his face, all of it, the whole thing.”

Watch the video below for her statement for the media.

And in the video below we can see a report TODAY.com did on her previously.