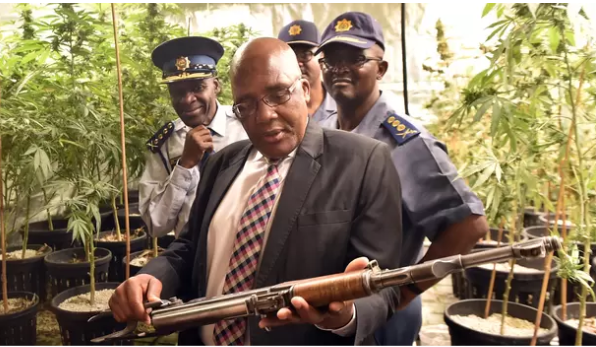 Pretoria, South Africa – The Russian national (Tal Kats,51)busted with “enough artillery to start a mini-war” has told the Pretoria Magistrate’s Court he intends to apply for bail as soon as possible.

He was arrested following the raid of his Wierdabrug home on Wednesday by members of the SAPS K9 unit, who discovered rocket launchers, AK-47s, R1 rifles, pistols, revolvers, a crossbow and scores of ammunition boxes.

Following the raid, Acting Police Minister Dr Aaron Motsoaledi said:“He can start a mini-war if he so wishes. We are worried because he has rocket launchers. Why do you keep launchers that can shoot down helicopters?”

Kats is to remain in custody until his next court appearance on Tuesday.

Russia is cashing in on Trump’s sanctions against Venezuela and is now second biggest...

In Russia, naked woman throws her 6 months old baby into the toilet of...