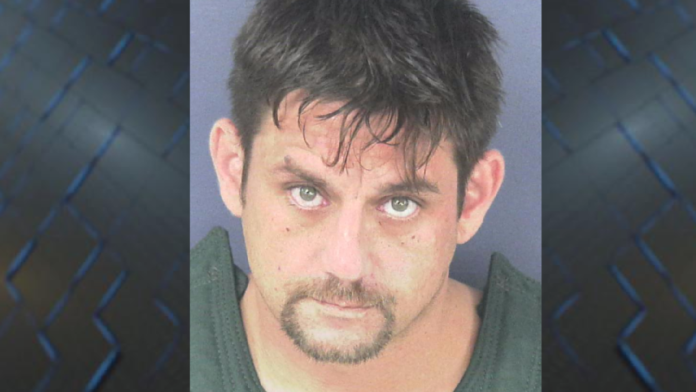 This one is coming straight from believe-it-or-not news. We have seen all there is to see when it comes to “Florida man”, but this one beats all the Florida man stories, so far.
Even the one about the alligator and meth.

How do you call a teacher that snorts cocaine,smokes meth and have a Xanax pill for a dessert? You call him Florida man. This is what happened a month ago according to Tallahassee.com and Gadsden County Sheriff’s Office.

Guy Raynak, 44, a science teacher at Shanks Middle School in Quincy, was taken to the Gadsden County Jail on one count of possession of a controlled substance without a prescription and later released after posting a $2,500 bond.

Quincy police came to the scene in Burger King following a 911 call, after a man passed out, according to a Gadsden County Sheriff’s Office arrest report. He was then taken by ambulance to Capital Regional Medical Center in Quincy.

Gadsden County deputies, who were called to the hospital, were given a a small flexible bag that belonged to him containing two lighters, a rubber ring, a plastic bag with two dozen Xanax pills and the crushed remains of an unidentified pill.

“While at the ER, he was behaving very erratically and unusually, he was emptying everything out of his gray duffel bag and spreading the contents all over the floor,” Tallahassee reports.

Raynak asked to use the bathroom and then exposed himself to a nurse, according to the report.

During a doctor’s exam, he admitted he took cocaine and meth before going to school that day and ingested a Xanax pill on his lunch break at Burger King.

After all this happened, superintendent of Gadsden County Schools, Roger Milton, said:”He appeared to be a very nice, very personable young man. I’m not aware of any other criminal history or background or problems or any issues.”

Here is one of his posts

In 2011 Trump said Obama “will start a war with Iran because this is...

Here is why SNAP have nothing to offer and why will never be Facebook...