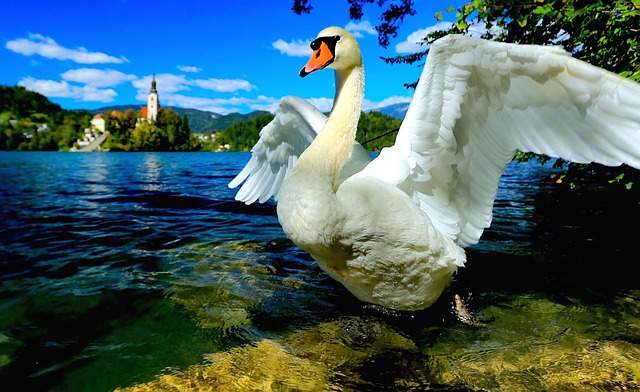 Slovenian Defense Minister Matej Tonin and Chief of General Staff of the Slovenian Armed Forces Robert Glavas briefed President Borut Pahor on a report on the Army’s readiness in 2019. It received a rating of good for peacekeeping and not enough for action in war. “Slovenia is proud of and trusts in its army,” Pahor said, adding that regardless of estimates, the SAF was fully confident that it would meet the country’s security expectations.

There is a known assessment of the Slovenian Armed Forces (SAF) preparedness last year: the army at rest is better prepared than a year ago, but again insufficient to operate in the war.

Defense Minister Matej Tonin and Chief of the General Staff of the Slovenian Armed Forces Brigadier Robert Glavas informed the President of the Republic and the Commander-in-Chief of the Defense Forces Borut Pahor at 10 am and presented him with the Annual Report on the SAF’s readiness for 2019.

Although the assessment was not expected to be significantly better than those of previous years, the SAF received a good rating for peacekeeping. “The Slovenian Armed Forces’ 2019 assessment of peacekeeping is better, but there is no progress in the readiness to work in war,” Pahor said.

Last year’s average preparedness rating, which was valid for the previous year, that is, for 2018, was sufficient for peacekeeping and not sufficient for war. When receiving the report, the President of the Republic of Pahor proposed, in particular, a reflection on the law on systematic financing of national security . The key problems affecting the assessment of preparedness, both for peacekeeping and emergency and war, are the incompleteness of units with personnel, armaments and equipment . “The equipment is outdated, inventory levels are poor,” Pahor said. At the same time, he, as President of the Republic and as Commander-in-Chief of the Defense Forces, thanked the SAF members for their dedicated work.

Tonin: For many years, we have been identifying the needs for the same priorities and realizations from nowhere

Defense Minister Tonin also spoke at a news conference following the presentation of the report to Pahor. He said that it is too often noted that sufficient resources are not regularly provided to the military on a regular basis. “When the need arises, it is unfortunately too late,” he added.

According to him, they have checked the current planning documents. “For many years we have been identifying the needs for the same priorities, but there is no realization from anywhere,” Tonin said. According to him, one of the key reasons for the poor assessment is the staffing gap.

“The review identified a 10-year deadlock in investment and organization,” explained the Minister of Defense, adding that some estimates would require years of increased investment and system upgrades to address these issues. “I do not want new and new analyzes and studies, white papers and time-wasting. I want concrete measures,” he said, pointing to the drafting of appropriate legislation as a concrete solution. Improving his preparedness requires three things: improving personnel, improving infrastructure and destigmatizing some military capabilities.

Tonin also thanked the members of the Slovenian Armed Forces and assured that the entire government would do everything possible to fulfill the mission of the army.

Glavas: The low score is not a reflection of bad work, but a result of a lack of financial and human resources

“Despite the scarcity of resources, the Slovenian Armed Forces carried out all the tasks at home and abroad in 2019 ,” said Brigadier Glavas, Chief of the General Staff of the SAF, when presenting both estimates. Although the military’s readiness for war is not adequate, Glavas is convinced that it can be improved . “In the short term, by providing resources, completing professionalization,” Glavaš sees a possible solution, who is convinced that Slovenia has the capacity to build a military organization adequately prepared for any requirements. He also stressed the urgent need for human and material resources.

Tonin also proposed a promotion to the rank of general of the General Staff of the SV Glavas, with which Pahor agrees.

Former Defense Minister Karl Erjavec has already set up a task force last year, which, under the leadership of Bostjan Sefic, would seek ways to strengthen the Slovenian Armed Forces. For the time being, the efforts of the group have not yet borne fruit, as it failed to stop the negative trend.

Delta Air Lines (DAL) stock rally is still out of the question.