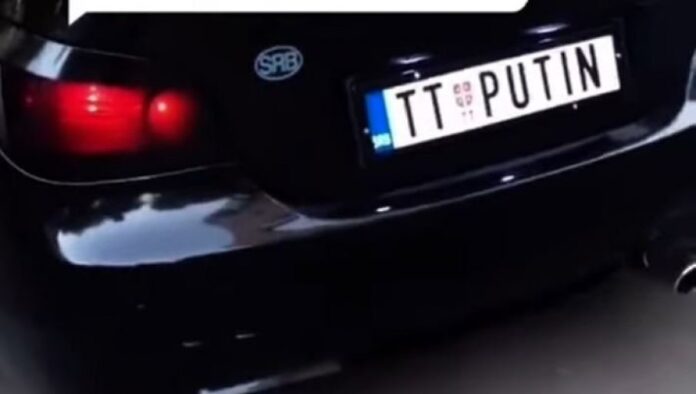 According to the latest information, the owner of the vehicle is temporarily working in Russia. He installed a mechanism to hide real license plates on a BMW M5 car, and behind the real plates were those with the name of Russian President Vladimir Putin.

The man boasted about this “invention” on the social network TikTok, which attracted a lot of public attention in Tutin.

The police checked the vehicle and found that behind the real registration plates of the vehicle there were fake license plates with the markings “TT PUTIN“. TT is Serbian city code for Tutin.

The vehicle was immediately confiscated and will be kept for up to 90 days, and according to the information, the owner of the vehicle is currently outside Serbia.

Why Is Workday (WDAY) up again? Noone knows.