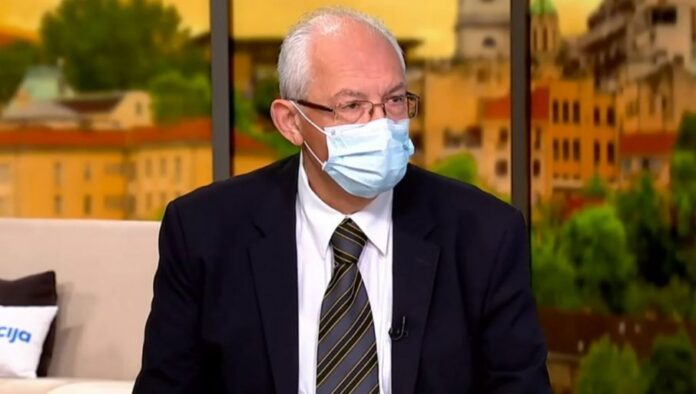 Following threats against Serbian virologist Milan Šekler for his views on Coronavirus and vaccination, dozens of anti-vaxxers, and citizens who oppose the introduction of covid passes, gathered in front of the buildings where some members of the COVID-19 Crisis Staff live in the Serbian capital of Belgrade, shouting insults and demanding their resignations.

The small band of anti-vaxxers stood outside the gates of the building where Serbian epidemiologist Predrag Kon lives, shouting “Mengele” and “Ustasha” (Croatian Nazi Forces during WW2) the day before yesterday. Josef Mengele was Nazi doctor at Auschwitz extermination camp, who conducted inhumane experiments in pseudoscientific racial studies.

“They chanted that I am Mengele, and he is considered the worst evil there is, I will never forget this. In the end, they chanted ‘arrest Kon’. Why would anyone arrest me? Because of covid passes? Attitude towards vaccines? ” said Predrag Kon, whose ancestors, according to Blic, ended up in Nazi camps.

“It was chanted that I was a villain. It also has nothing to do with the truth, I am an epidemiologist, the villain is a virus, and they have sided with the villain. That should be clear to them. I address all the citizens of Serbia: Don’t join the villains!”- Mr. Kon concluded.

Despite having a variety of jabs available, the country’s vaccination drive stalled after just over 40 percent of its seven-million population were inoculated.

Serbia has been averaging more than 7000 cases a day over the past two weeks, an infection rate of almost 95 per 100,000 people — by far the highest in the world.