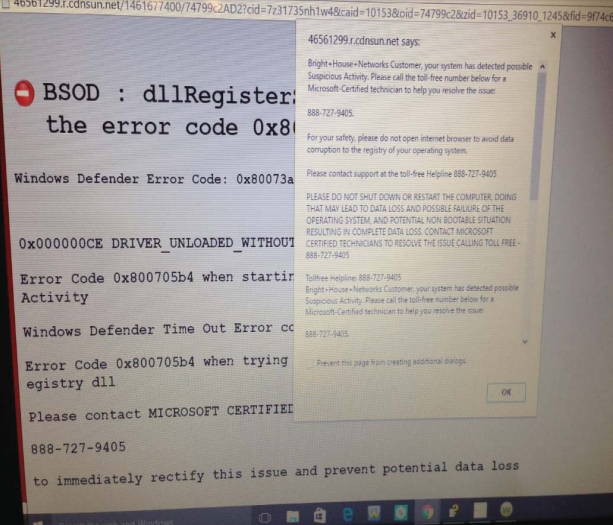 EAST ST. LOUIS, ILL., USA.- Two former owners of a fake tech support network of sites known as Client Care Experts are going to prison for a long time. On Monday (February 10) in federal district court in East St. Louis, Illinois, Michael Austin Seward, 32, of Deerfield Beach, Florida, and Kevin James McCormick, 47, of Hollywood, Florida, were sentenced to 113 months in prison and 132 months respectively. They both pleaded guilty to a charge of conspiracy to commit wire fraud.

Seward and McCormick owned and operated two tech support scam businesses: Client Care Experts, LLC (“Client Care”) a.k.a First Choice Tech Support, based in Boynton Beach, Florida, and ABC Repair Tech, based in Costa Rica. They operated the sites for about 15 months, victimized over 40,000 people and defrauded these individuals out of more than $25,000,000. But they did not focus to Florida only as they scammed people in all fifty of the United States, the District of Columbia, Puerto Rico, several U.S. territories, all ten Canadian provinces, the United Kingdom, and several other foreign countries. Furthermore, many of the victims were senior citizens.

According to court papers, 2 scammers organized a “Boiler Room” type of sales team, purchased pop-up advertisements that appeared on a person’s computer screen and locked up their browsers. The pop-ups were made to look like Windows system warnings and informed the victim that a serious threat, such as a virus or a malware, had been detected on their computer. Often, the pop-ups caused the person’s internet browser to freeze up and stop responding.

The pop-ups also typically informed the victims not to shut down their computers or else they would lose all their data. Instead, the fake ads told them to call a toll-free number, where they were connected to “sales representatives” who continued the fraud. In addition to the message, some pop-ups utilized by scammers contained audio files, which produced a loud, alarm-type noise that played while the webpage was opened.

Sales people basically charged the victims $250 for a computer system “tune up,” and then also offered them an “anti-virus protection software” for $400.

Another two-part deceptive pop-up utilized by tech-support scammers, misleads Macintosh users into believing that their Apple computer has been infected. Specifically, the pop-up states that a “Secure Connection Failed,” and provides a toll-free telephone number to call the “Apple Help Desk.”

This pop-up misleads consumers to believe that the warning is coming from their Apple computer, and that the telephone number provided will connect them to an Apple help desk or customer service representative.

As part of their sentence, the court ordered both Seward and McCormick to pay over $11.5 million in restitution to the victims of their fraud scheme.

Over the past 36 months, 17 other employees of Client Care and ABC have also pleaded guilty to federal fraud violations in the Southern District of Illinois and have already been sentenced.

Former VP of Client Care Experts, LLC was sentenced in October 2109 at 10½ years in federal prison and he is also ordered to pay $10.5 million in restitution to the victims of the fraud scheme.

Why AMD share price is up on Monday:Things you should know

Advanced Micro Devices (AMD) Stock Gains As Market Slows: Here is what You Should...

CD Projekt on Cyberpunk 2077 delay: We intend the game to be better than...

The Biggest Russian airport asks for a selfie and a passport scan in exchange...