Home usa Burglar chooses the wrong house to break into, gets his face rearranged,... 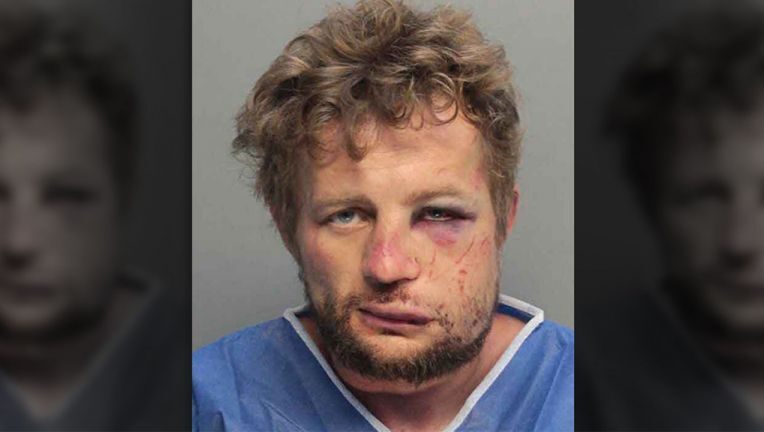 Thirty-five-year-old Mark Katsnelson has made some bad choices in his life, but breaking into the Florida home of Barry Sands (a 65-year-old self-trained boxer) may be one of the worst yet.

Waking up in the middle of the night to a sound that he thought was a terrified woman at his door, Sands went to check it out. As he opened the door, he was set upon by Katsnelson who forced his way into the house. After being hit and receiving injuries to his lip and toe, Sands recovered enough to gather his wits about him. This is when things took a turn for Katsnelson and Sands beat his face to a pulp.

The official report states that Sands punched Katsnelson in the face “a few times” but judging by the mugshot, Sands must have more than flesh-and bone hands and super-human strength. Barry Sands is not a mixed martial arts fighter but just a regular guy who doesn’t welcome strangers into his home in the middle of the night – especially when they come in swinging at him first! Perhaps he should look into a change in careers?

After being charged with burglary with assault or battery, the unfortunate would-be burglar was transported to hospital for treatment. He is being held without bond.

Italy overtakes Iran in the number of confirmed coronavirus cases