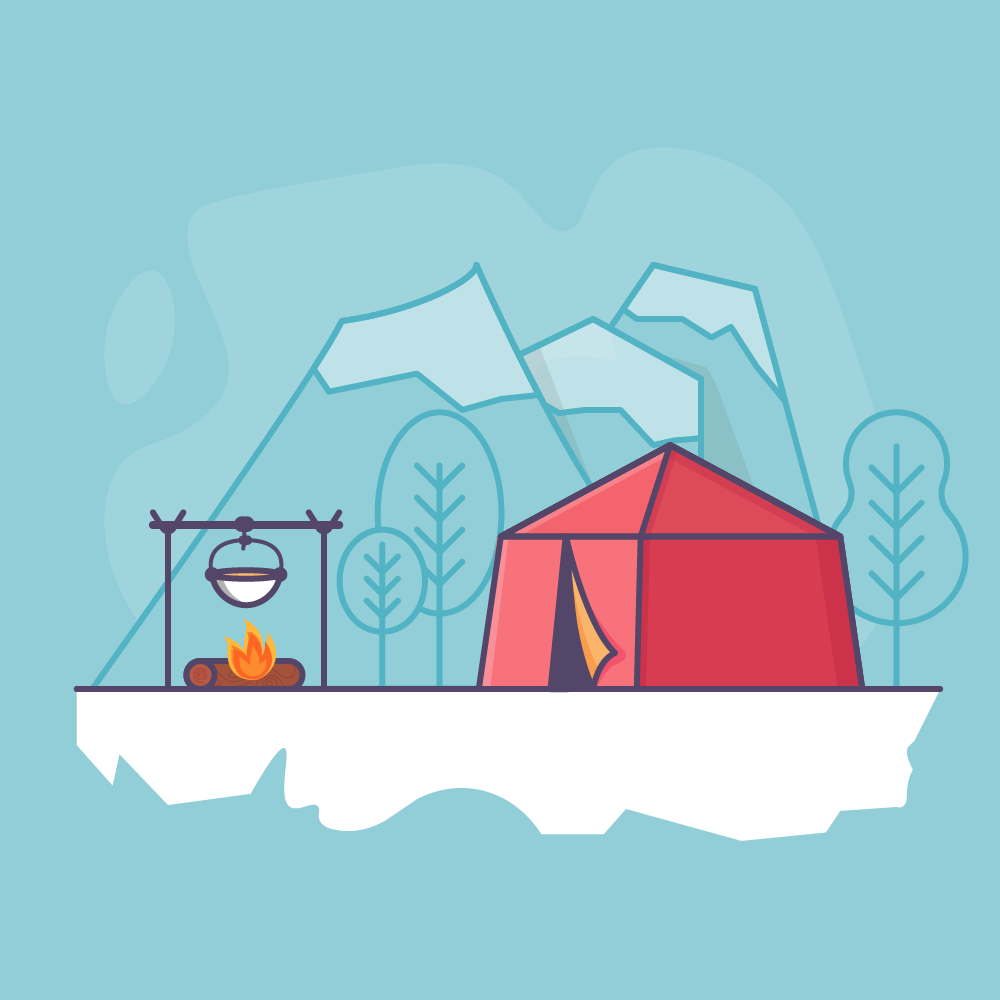 When I’m working really intensely on a project there often comes a point where it becomes all-consuming. Inevitably after a little while I will wake up one weekend and notice that, oops, I’ve painted myself into a corner again! I’ll have reached the point where perhaps the amount of work to be done is too high to be achievable, that there are lots of unexpected things getting in the way and issues to deal with that seem to be blocking me, and gosh, I just want to step away from the screen for a little while.

I have a principle of “leaving by example” before 6pm each day, to encourage a sustainable work environment. But no matter how hard you try, if you really care about your work, there are times where sustainability goes out of the window and the work just continues at home. So when I get that “step away from the screen” feeling, it can feel like the most impossible thing to do.

The danger at that point, with all-consuming work, at least as far as I’ve noticed it in my own behaviour, is that you can start doing the wrong work, and making the wrong decisions by being too close to it. And then all those extra hours in your spare time? Quite possibly just a waste of time. Which can hit you like a gut punch when you realise you’ve wasted a potential chance to relax over a weekend.

I find that taking some time out, away from the busyness and near-sightedness of the day-to-day can be the best thing to do when I spot that I’m in this state. Yet it can feel utterly impossible because of the usual questions—who will answer all those emails, keep those websites online and respond to all those requests from customers and the team?

A friend once told me a story about a band. They’d had success and were at that “difficult second album” point. Days were going past in the studio trying to record new material, and the results just weren’t sounding good. They were burning through the cash and getting nowhere.

As the days turned to weeks, more and more pressure seemed to be piled on and it became harder and harder to be creative. The band was at breaking point, so the manager called time. There was still some money in the budget and he decided that what they needed was a break. He flew them all away for a few days in the sun. The label were freaking out about it, worrying that they were wasting their money on something frivolous.

After relaxing for a couple of weeks, and burning nearly all of the remaining budget, the band flew back, straight to the studio and nailed the album in a couple of days. It went on to have great success. I wish I could remember which band it was, so if you know, please let me know and I’ll update this post.

This idea of the productive holiday has stuck with me since, because it has so many parallels with other types of creative work, not just music. Often when I’m in the middle of something and feeling blocked or overloaded, if I take a break for a short while, when I return my motivation is higher, I feel more positive and the work feels closer to flow. It’s an approach akin to one of Brian Eno’s oblique strategies.

Getting into a more light-hearted, long-sighted mode can have a huge beneficial effect. Downing tools, putting away all the devices and doing some thinking, talking, laughing, dancing… and that’s the inspiration for this article.

What I did this weekend

I’ve just returned from an amazing weekend with an equally amazing group of people, all sharing time together in a light-hearted, yet somehow hugely productive mode. The amazing group of people are called TRAIL and all work in the same industry as me. Somehow, through a little serendipity and bumping-into-ness they invited me along to spend some time away in the mountains. Snowboarding and having great conversation during the day, listening to amazing speakers talk about their experiences in the evening and then partying into the early hours.

Whenever I go to a conference, you’ll be more likely to find me in the liminal spaces than in the main room—the value is in the conversation, and the conversation happens in the corridors. And it seems to me that TRAIL has captured the best bits of the best conferences, mashed it with a sense of adventure and a we’re-all-in-this-together spirit to make something pretty special happen.

I’ve come away with new friends, great stories, problems interrogated, decisions made, potential collaborations, a few sore limbs from being overly adventurous at times, but in general, reinvigorated and my serendipity quotient topped up.

I’ve come back from this experience with total reinforcement of the idea that there is huge value in the free events, meet-ups and networks that we see everywhere in the “startup scene”, and now I have an itch to make some stuff that could be useful for things like TRAIL.

I’m always hacking on something, and Attending, a one-day hack I did last year is now developing into an elegant, useful tool for organising and connecting people with each-other around free events.

There was an enlightening moment where Alex, one of the weekend’s organisers, asked everyone “to make this better, we probably need to have paid staff, how would you feel about an annual subscription?” and the response seemed to be that the act of turning something that’s emerged from a collaborative, volunteer group, into something that feels like a paid-for service could possibly damage the feeling of it.

I think the sponsorship model works well, and I’ve come away with a feeling that there’s something to be done around this thought: “you know what, next time I need the services of an X, I know who’ll be on my list because they support great startup events”. Could you make that knowledge last longer somehow?

I also noticed a lot of behaviours that seemed to be prototypes for tools that are missing for pulling people together for a get-away like TRAIL. I’m going to think about what I could make better here – maybe make a useful hack or two!

I like this. I’ve got some fire in my belly again.

Being surrounded by good people and coming back into the thick of it feeling clearer about what I should be doing because of the conversations shared, is just what I needed.

If you’re feeling a little up against it, perhaps consider organising something similar? I think you’ll be pleasantly surprised by the reaction if you suggest “hey, I’ve got this idea for an adventure, let’s step away from the screen for a while”. Especially when there’s a chance you’ll take home a photo of you doing something like this!

What if western fairytales and movies were born in Far East?